Auckland family trades relative’s damp, cold basement for a home of their own 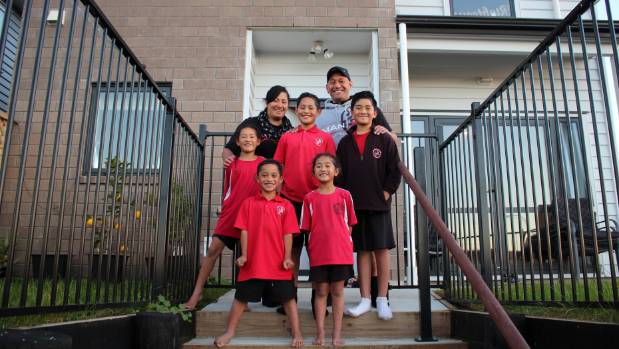 Emil and Serenity Reti-Huch, who have six children, bought their two-storey, four-bedroom property in Weymouth in October last year with help from the Housing Foundation’s affordable equity scheme.

Their home in the Waimahia Inlet development has an estimated valuation of $625,000 on Homes.co.nz.

Emil and Serenity Reti-Huch work full-time as a youth worker and teacher respectively. Their children range in age from 6 to 18.

The couple say they’d been looking for a home since December 2016. 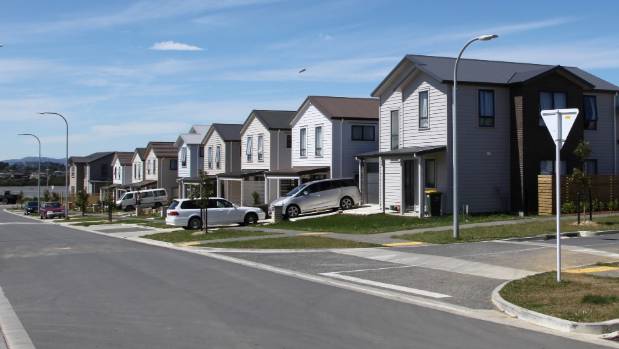 “We didn’t think we could buy a house,” Serenity Reti-Huch says.

“We’ve got six children and live in Auckland. Prices are phenomenal.”

The family were living in a rental property but had to move out when it was sold, she says.

“We had nowhere to live. We were going to go onto the street.

“We couldn’t afford to buy that house. We tried but the price was too high.”

She says they then moved into the basement of a relative’s house in south Auckland. 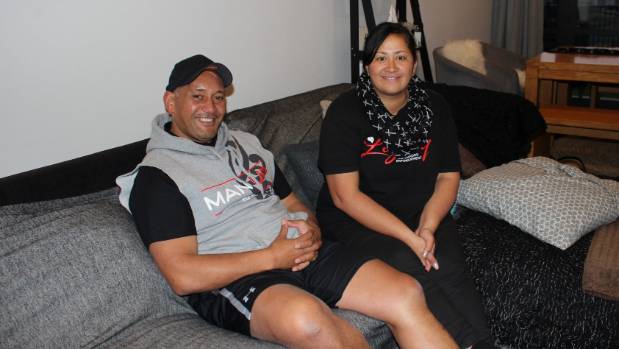 Emil and Serenity Reti-Huch say they were able to buy their new home by becoming “financially fit” and not splashing out on expensive items they didn’t need.

It was cold, damp, mouldy, and had every problem “you could possibly think of”, she says.

“The kids would get sick all the time. We [she and Emil] would sleep in the dining area.

“We had one shower and one toilet between the eight of us. We were there for nearly four years.

“When the Housing Foundation came along it was surreal.”

Reti-Huch says she heard about the organisation from one of her students.

She discussed it with her husband and they applied to become one of the foundation’s partner families.

They had to get “financially fit” before buying a house, she says.

“We saved money and cut back on a whole lot of things.

“We just had to go without things and we were really diligent.

“Emil said a year prior [to buying their home], ‘I just want a house for my children’.

“A year later they [the foundation] gave us an opportunity to do just that.”

Emil Reti-Huch says the family had to make sacrifices to get where they are today.

Their home contains furniture they bought at bargain prices, including a second hand TV they picked up for $70 and a large dining room table being sold by a hotel, he says.

“We’d had a taste of material things in the past and realised do we really need these things?

“We got our fridge from the Salvation Army for $75. We haven’t got the internet or Sky TV. It’s about being resourceful.”

Serenity Reti-Huch says their home loan repayments are lower than what they would be spending on rent in Auckland.

The partnership pays for a house to be built, selects the partner family, and then helps the family get a home loan to buy the property.

“The foundation has limited capital so we can help some of our clients or we can use Te Tumu Kāinga money,” Freeman says.

“The house gets built by the partnership and the builder gets paid.

“Then the property is sold to the family. They go and get a mortgage from the bank and we support them with that.

“Then when they come to settle [on ownership of the property], they’ve got their mortgage and money from the trust.”

Freeman says if a partner family later wants to sell their home, they pay the trust the percentage of the property it owns.

Read the story on Stuff here.