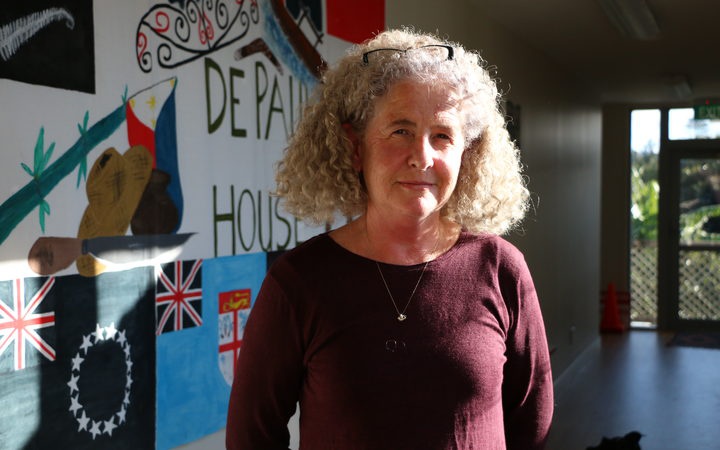 A boost to the accommodation supplement last month was not enough to make private rental homes affordable for some, but the extra money people on the public housing wait list are now entitled to bumps them down the ranking.

The accommodation supplement is designed to help people on low and middle incomes pay for private housing.

People waiting for a state house are obligated to search for private rental and the supplement intends to put more expensive housing within their reach.

But for many people on the wait list, getting a private house is a pipe-dream.

A homeless woman with a seven-year-old daughter moved into emergency accommodation at De Paul House on Auckland’s North Shore 12 weeks ago.

The boost to the accommodation supplement in April would give her an extra $80 dollars a week for rent, should a private landlord accept her. But she can’t find one that will.

“For private rental, I don’t think I have a chance,” she said.

The woman, who moved to New Zealand from Samoa, said having English as a second language acted as a barrier.

“And I don’t have enough support or money to get a private rental,” she said.

Without a private rental, the accommodation supplement is no use for her, and yet, it has affected her placing on the social housing register by a point.

The Ministry of Social Development uses a complex points-based system to determine where someone sits on the social housing waitlist.

Jan Rutledge of De Paul House said dropping a point could put a home out of reach.

“The social housing waitlist is less achievable because you haven’t got that extra point.”

Every one of the 79 people staying at De Paul House dropped a point after the changes.

Those on the register and their advocates battled to keep every point so losing one was demoralising, Ms Rutledge said.

It was a lose-lose situation for people who would have to wait longer for a state house and yet were no closer to renting private homes, she said.

For those already on the private rental ladder, the extra money did help.

But if someone was on a benefit or low income, supporting children, Māori or Pasifika, then they would experience significant barriers trying to get private rental.

“Landlords have choice now. If you can overcome those barriers then an extra $80 perhaps may help, but it won’t get you into private rental,” Ms Rutledge said.

She said the way people were assessed for social housing needed changing.

“We don’t believe it’s a fair reflection of the need in our community.

“It’s with a great deal of discomfort that we as an organisation now know that the system we have to manage access to our state and social housing relies on an advocate.”

The Ministry for Social Development said no one was available to speak to RNZ.

In a statement, it said the accommodation supplement can affect someone’s ranking, as their ability to pay for housing changes.

But, it said the specific circumstances of the person or whānau will ultimately determine their social housing register ranking.

Read the story on Scoop here.