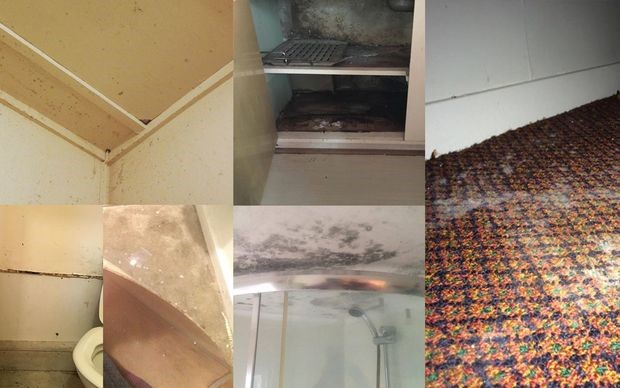 Of the more than 500 houses assessed in the BRANZ Housing Condition Survey, nearly a third of rentals felt damp, three times as many as the owner-occupied properties.

The survey, by the Building Research Association of New Zealand (BRANZ) uses data from 2015. It has been carried out every five years since 1994.

Nearly a third of rentals felt damp, according to the 2015 survey. Graphic: BRANZ

Mould was also a factor in the poor quality of rental properties, and is a key indicator of indoor air quality and is potentially harmful to occupants’ health.

It was visible to some extent in around half of all houses surveyed, but was more common in rental properties.

Mould visible in different areas of the house. Graphic: BRANZ

56 percent of rentals had mould, ranging from specks to extensive blackened areas, while 44 percent of owned homes had it.

The biggest differences in quality were between exterior doors and windows, as well as interior linings and fittings, both of which were in poorer conditions in rental properties.

The survey showed that tenants tended to think the condition of the property hadn’t improved since they moved in, while owner-occupied home owners were more likely to think it was in better condition.

The survey noted that this was because there is a shorter tenure with rental properties, and there was a reliance on the landlords to make improvements.

Rentals tended to be older as well, with a majority being built before 1980.