Squeezed out of Auckland’s housing market

The report tracks how long it would take typical first home buyers in each region to save a 20% deposit on the REINZ’s lower quartile selling price in their region.

The income calculations assume both partners work full time and earn the median weekly wage for people of their age group (25-29) in each region and are able to save 20% of their take home pay to put towards a deposit.

The accompanying table shows how the ability of typical first home buyers to save a 20% deposit has changed over the last three years.

In August 2013 it would have taken a typical first home buying couple in Auckland 5.5 years to save the 20% deposit for a home at the REINZ’s lower quartile selling price for the region, at that time, of $453,300. 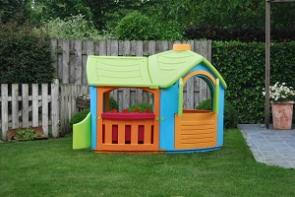 This might be as close as many Aucklanders get to owning their own home.

That means Auckland’s lower quartile house price has increased at 8.5 times the rate at which typical first home buyers’ after tax incomes have increased over the last three years, which has inevitably pushed out the timeline for them to save a deposit.

Saving 20% of your net income each week is no easy feat, especially at a time in young people’s lives when they are forming lasting personal relationships and perhaps thinking about starting a family, if they haven’t already.

Stashing away 20% of their net income is likely to put significant restrictions on their lifestyles, which might be bearable when the prospect of owning your own home is only four or five years away.

But when that stretches out to seven or eight years, the goal of home ownership may seem an impossible dream, or perhaps the type of nightmare where you keep running towards your goal as fast as you can, but it remains forever out of reach.