The homeless chap with the cat 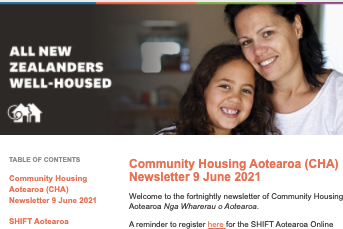 When I was interviewed 11 months ago for the executive administration role, I was asked why I wanted the job. I said “I want to do something worthy,” having had a series of meaningless government department roles.

Now that I work in the community housing sector I notice homelessness a lot more. I particularly notice one man who sleeps outside the railway station. I said to Scott Figenshow, what can we do to help these people? Can companies sponsor homeless people? Scott suggested I ask Downtown Community Ministry to see what they’d recommend. Their suggestion was to approach him and tell him about the soup kitchen and night shelter. He looked worldly-wise to me so I left it as I didn’t want to wake him up.

The next time I saw him I noticed he had a cat in a cage. I emailed DCM and they said they knew him as part of their outreach programme and the SPCA had checked the cat and were happy to leave it with him. The cat did look fat, fluffy, content and had 24/7 company.

I realised that companies aren’t going to do anything as they see homeless people as a nuisance. So I decided to take matters into my own hands.

I asked my husband how I should approach the chap with the cat and he suggested I give him cat food (as we have cats including a homeless cat). So I bought cat food and dental cat biscuits and a chocolate bar and $20 for the man. I had this in my handbag for at least a week because while I thought the railway station was his base, it turns out he has other places he goes. I was on the bus to work one day and saw him packing up his bags and cat outside the Cable Car. I nearly leapt off the bus to deliver the goods but I was running late for work so didn’t.

By chance last Tuesday night I found him on a bench outside the railway station with his cat in its cage with the door open. I gave the cat a stroke and said “Hello, I’ve been looking for you.” I gave him the bag of goods and explained there was money in there too. He said thank you several times. I felt SO good.

I noted this morning that he doesn’t have a sleeping bag so I will work on rectifying that.

I will continue to give him money and encourage him to work with DCM and other providers that may be able to find a suitable home for him and his cat.